“Tobin excels at peeling back surface layers of the world to reveal unknown depths. . . . [He] illuminates our search for a way to encompass the world, turning Christian motifs toward new meanings.”
—Image Journal

Daniel Tobin’s stunning new collection, Double Life, takes its name from a vision of humanity at once passionately earthbound and spurred by the metaphysical. These poems range from haunting meditations on the paintings of Hieronymous Bosch to an astonishing polyphonic sequence based on the life of Father Bartolomé de Las Casas, who died in 1566 and wrote the first bill of rights in the New World. Between these two longer orchestrations appear works both musically diverse and startling in their formal virtuosity, as attuned to Plato, the Bible, Dante, Shakespeare, Keats, and the natural world as to TV talk shows, the news, physics, movies, and fast-food restaurants. From the persona of an Irish-Catholic Brooklyn youth on a school trip to Spain to that of a grown man of the suburbs “hollowed by doubt . . . / it’s only the observance / of words I keep now to stay the soul,” Tobin shows us the search for a way to encompass the world, turning Christian motifs toward new meanings.

The poet’s voice in Double Life is unmistakably contemporary—earnest and responsive, wary and hardened. Through language lush with meaning, imagery, and high-energy prosodic effects, Tobin deepens and extends the harrowing awareness of mortality, history, and the quest for transcendence that so deeply marked his award-winning first book of poems.

A thing of beauty is a joy forever
I read below the rim of the paper cup
my hare-lipped waitress hands me,
the sky-blue urn on its curve
framed by Corinthian columns.
Behind her, real urns, tall coffee drums,
release steam from heavy lids,
rumbling faintly, while rings of burners
blaze underneath like tribal fires.
Signs hawk specials to the clientele
milling in from Third: day-shift workers,
garrulous with shop-talk, packing booths;
retiree couples arrived like clockwork,
taking their time; the high school hordes
crowding counters for burgers, egg creams.
Some muse over dog-eared menus
splotched with years, held under the gaze
of thumb-tacked icons, madonnas
taped above tarnished gothic fountains,
though always there's someone sitting alone
breaking bread with shaking hands.
How at home they all seem, even
the worn-out waitress, despite the heat
and perpetual racket from the kitchen,
a babble of shouting tongues,
as if behind the scene some demiurge
were in full production, serving up fates
that will never pass into nothingness....
I, too, could linger into quiet hours,
easeful amid the grease and splendor.

I can't remember the name of the gaunt monk
who stroked my face during confession
years ago in that bare abbey room,
Tell me what's wrong, son, tell me what's wrong,
his fingers soft as a grandmother's, his eyes
deep and pleading; nor can I remember
what I told him--something about the pain
of feeling alone, something grim and adolescent--
my back arched against the wall. Deep shit,
I said to myself, You're in deep shit,
though his hand didn't travel any further,
and I confessed my sins, forgave the indiscretion.
Afterwards, I walked out along a road
puddled by afternoon rain as I whispered the prayer
of the lost--something facile and earnest,
something parroted and true: Show me the way.
Before I knew (Who could make this up?),
I was ankle-deep in cow dung, deep shit,
my life already steeped in allegory:
Christian hunkered in the Slough of Despond,
Everyman forsaken by all but Good Deeds.
Though now it's Midnight Cowboy I think of,
how Joe Buck discovers he'll do anything
to keep alive--turn tricks in dank theaters,
bash an old man's face with a phone to save
Ratso his friend, who dies anyway.
I'm lonely, lonely the crazed Queen howls,
root of all evil, before he presses our hero
to kneel and Joe, pure of heart, breaks free
into the sleazy New York night, his journey
to the promised land of Florida begun
in the waste he's made of his life, his deep shit:
Deep shit, or whatever it is, even mishandled,
that draws us somehow beyond ourselves--
what moved the old priest to stroke my face,
his need to touch, to be touched, more powerful
than any vow. Yes, it's lonely, lonely,
like the nameless crosses of the abbey graves
where the monks perform their final wordless prayer,
O deep shit to be sure--something broken
and unbearable, something ineluctable and long. 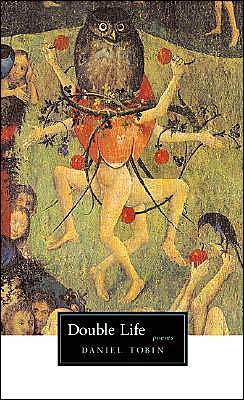