As the first comprehensive study of Irish American poetry ever published, Awake in America seeks to establish a conversation between Irish and Irish American literature that challenges many of the long-accepted boundaries between the two. In this distinctive book, Daniel Tobin presents a series of essays that combine poetry and literary criticism to form what he calls the poet's essay.
The first section of Awake in America reconsiders the dual tradition of Irish poetry through discussions of nineteenth- and twetieth-century poets as well as contemporary writers. The second section features a series of shorter chapters on poets in America. The third section explores the theme of "Crossings" and includes a consideration of Irish American and African American literature. The fourth, and final, section is comprised of a compositional memoir in which Tobin explores the role of hidden history in his own long poem, The Narrows.
Awake in America offers an innovative reading of literary tradition in light of the routes by which tradition evolves as well as the roots from which tradition originates. It will be welcomed by poetry aficionados and by all scholars and readers of Irish and Irish American literature.

"This incisive and moving critique of poetry and tradition pushes the frontiers of Irish Studies, limning Irish American culture through its poets—O’Reilly, Ridge, Moore, Stevens, Coffey, Bogan, McGrath, Liddy, Montague, Wall, Grennan, Delanty, Agee, Donaghy, Tobin himself, and many others. Awake in America trumps the many facile takes on Irish America, revealing its cultural poetics of self-exclusion, solidarity politics, linguistic hybridity, and indelible (be)longings. Tobin’s insights will challenge scholars and readers to survey a new country of Irishness, at once inner, ardent, and textual."
—Joseph Lennon, Villanova University

“Daniel Tobin’s Awake in America: On Irish American Poetry is a comprehensive and excellently written examination of exchanges between Irish and Irish-American poets from John Boyle O’Reilly in the 1870s to a galaxy of contemporary literary artists. He emphasizes the doubleness of Irish poetic vision resulting from a replacement of Irish with English, 'the grafted tongue' of John Montague’s description. Tobin finds that Irish-American poets born and resident in this country, those here from Ireland, and American natives who have found a place and perspective in Ireland also have double vision, Irish and American. As a multiple prize winning poet, Tobin has added an important and necessary dimension to the cultural history of Irish America."
—Lawrence J. McCaffrey, Loyola University of Chicago

"Daniel Tobin's earlier book from the University of Notre Dame Press, the magisterial anthology The Book of Irish-American Poetry from the Eighteenth Century to the Present (2007), set out what amounts to a canon for a previously unacknowledged literature. Awake in America builds on that achievement. . . . The inventive essays of Awake in America: On Irish American Poetry begin the study of this elusive tradition in earnest. Any future writing on the topic will have to reckon with Tobin's book. . . . One of Tobin's most useful concepts, introduced in the course of his extended discussion of race in Irish-American poetry, is the notion of "invisible Irishness," which is at bottom an extension of Toni Morrison's ideas of literary blackness. In a long discussion of how Irish-American poets have written about race, Tobin reveals how writers . . . have written about race in a manner that in effect constructs their own Irish identity, often unconsciously. . . . [A] book that is, to my mind, an indispensable document of Irish America. . . . Never indulging in self-congratulation, it gives shape and seriousness to the study of Irish American poetry—until now, an "intimate unknown" in our national literature."
—James Silas Rogers, University of St. Thomas

"Like Yeats, who calls for an innovative and deeper appreciation of the complex connection between aesthetics, national identity, and the figure of the artist, Tobin has sought to initiate a much-needed consideration of the ways in which Ireland is both constructed and disassembled in the work of several Irish and American poets. . . . Tobin's careful meditation on Irish, Irish American, and American poetry is persuasive and pertinent precisely because the study has roots in learned enquiry and personal experience; as familiar with Wexford and Dublin as he is with Brooklyn and Boston, the author scans Irish and American poetry with precision and flair. This thought-provoking fusion of exegesis and reverie offers a particularly useful and enlivening frame of reference which Tobin uses to examine specifically Irish American senses of liberating doubleness, transatlanticism, roots/routes, and historical memory. . . . [I]t is not only destined to become the pre-eminent study of Irish American poetry, but is set to make a vital contribution to Irish Studies and Irish American Studies as well."
—Padraig Kirwan, Goldsmiths, University of London

From “The Need for Routes--Genealogy and Irish American Poetry”

One of my first memories to become more than a hazy backward prospect into the beginnings of my conscious life, the kind of memory that by force of ritual shapes itself into one of the primary channels of identity, is my lying awake nights in my room in our walk-up apartment listening to foghorns sounding on the Narrows. Our four-room flat was five blocks from Shore Road and the white-capped harbor with its newly risen bridge, named for the Italian explorer, Verazzano, the first European to pilot his boat up the strait. It was before Third Avenue in Bay Ridge, Brooklyn had become the acoustic for car alarms and late-night club-goers, and the likely streetwalkers at that hour were men like my father—or my father himself on a Friday night after poker and drinks with his cronies—making their way home to their wives and families, maybe a little wavery in the glow of whiskey and cigars, two if not three sheets to the wind. Already my old neighborhood, a paved-over grid of apartment buildings, rowhouses, and privileged homes near the shore, had changed from the Norwegian, Italian, and Irish enclave it was when my parents moved there after the War. Bakeries and other shop fronts with Greek and Middle Eastern names, some in Arabic script, now lined the avenue. Sally’s Luncheonette around the corner smelled of hamburgers, brisket, falafel and taboule. In St. Anselm’s schoolyard at recess we asked each other our nationalities—“What are you?” “Irish.” “Greek.” “Lebanese.” Nationalities flashed between us like team names on baseball cards. We’d play basketball on the courts beside the Belt Parkway and, later, would drink smuggled beers behind the park house. And always the ship traffic crowded the harbor—freighters, tankers, the big liners steaming back to Europe. My best friends, Bobby and Tony, were Syrian and Lebanese and my parents—whose idea of exotic food was spaghetti with clam sauce or Beef Lo-Mein—sampled spinach pies and baba ganoush one Sunday afternoon at Bobby’s parent’s house. My first world was hyphenated, the noun “American” always qualified by other histories. The sons and daughters of emigrants, we breathed the atmospheres of our inherited histories like air.

What we did not consciously perceive was ourselves as part of a vast ongoing movement of people, part of a great passage composed of innumerable routes across geography and history. Still, throughout the neighborhood, the names of buildings inscribed traces of the new arrivals that mingled with first settlers: Anastasia Court, named after a Mafia Don shot getting a haircut; The Barkaloo, a Dutch family that built the first farm below New Utrecht on this ridge above the bay. From every corner, every block, history whispered to us. Perhaps that’s what I heard those nights awake in bed, the murmuring confluence of history and our own small lives in the shifting currents of the Narrows that, like history, defined our common ground. Tonight, as memory has it this time, my brother and I in the shared bedroom in Pearl Court, my parents asleep across the hall, I listen to the intermittent tones of ships churning in the harbor where the Hudson empties into Gravesend. Each sounds like the haunting call of an animal in the middle distance, or a summons made out of hollowed wood or shell to convene the tribe. 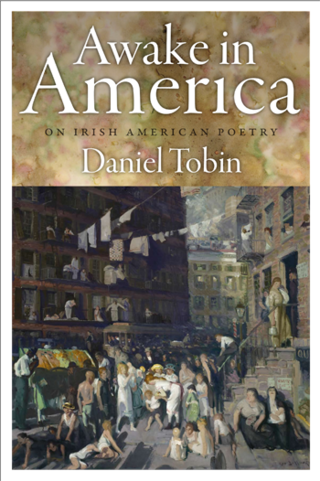